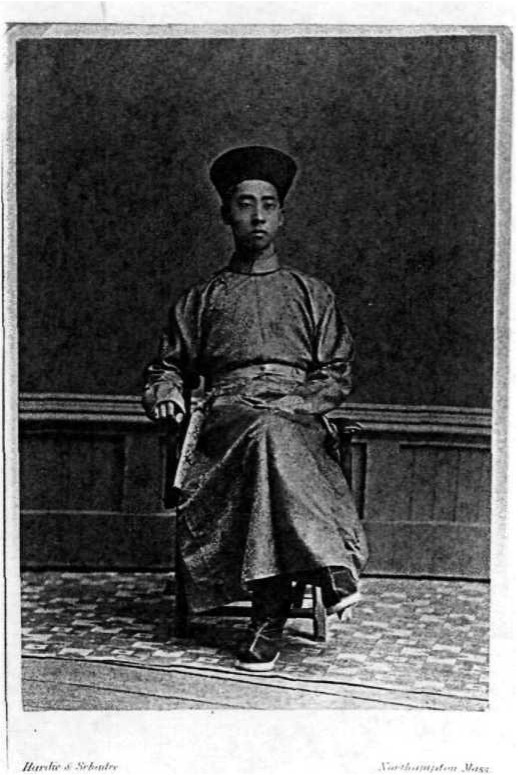 Ho Ting-liang was one of the first detachment to come to Miss Matthews.  He was very keen and was soon fitted for the high school in Northampton, where he graduated. He then took a year’s preparatory course in Phillips Andover academy, after which he entered Amherst college. President Seelye passed many complimentary remarks concerning his achievements while in college…He was pressed into service during the Japanese-Chinese war in 1894 as a surgeon on one of the Chinese gun-boats, where his health became much broken.” He retired and died early in Canton. (source: CEM Connections)