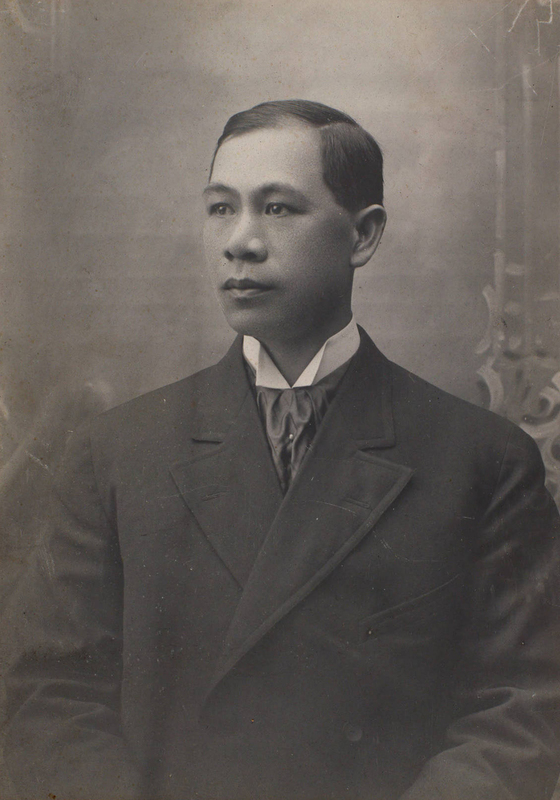 Hong Yen Chang, ca. 1890, around the time he moved from New York to California, hoping to practice law. The Huntington Library, Art Collections, and Botanical Gardens. 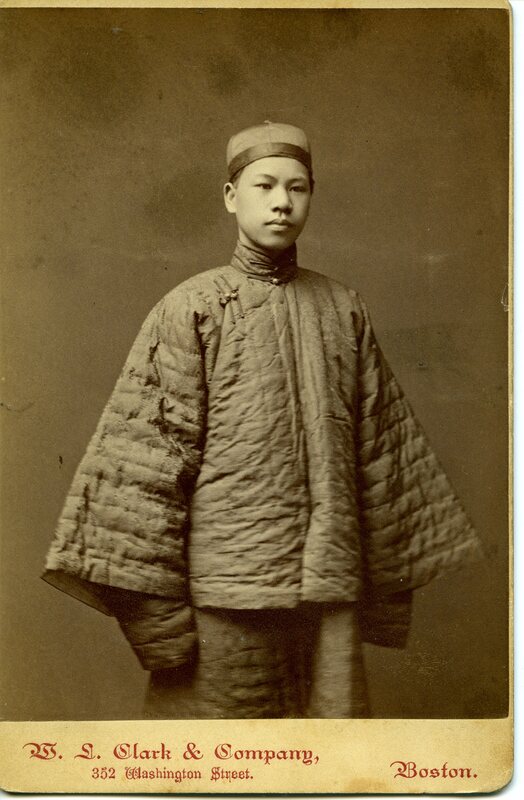 Hong Yen Chang as a Chinese Educational Mission student to the United States in the 1870s. The Huntington Library, Art Collections, and Botanical Gardens. 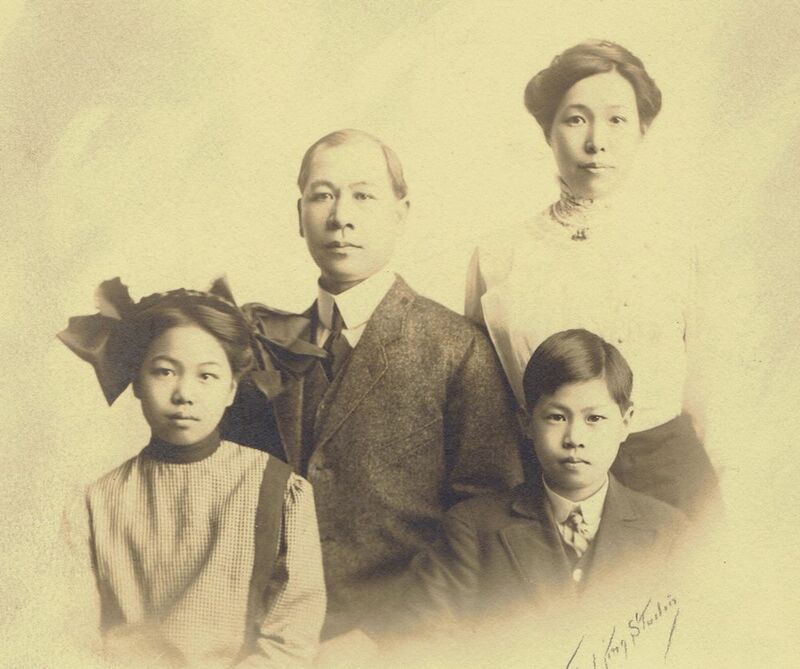 Chang with his wife, Charlotte, and children, Ora and Oliver. Courtesy of the Family Archives of Hong Yen Chang

Hong Yen Chang, came to the United States on the Chinese Education Mission scholarship in 1873 and lived with American families. He attended Harford Public High School in Connecticut and then enrolled in Phillips Academy in 1878. He graduated from Phillips Academy in 1879, giving an English oration at his commencement ceremony titled “The Influence of Greece Beyond Greece” and attended Yale College (Yale University today) in the same year. However, his study at Yale was suspended because of the early recall of Chinese Educational Mission in 1881.

He managed to come back to the U.S. and continued his college education at Columbia University in 1883 and graduated in 1886. After graduating from Columbia Law School, Mr. Chang applied for admission to the New York state bar. Mr. Chang received high marks from the bar examiners. The New York Supreme Court, however, rejected his application on the ground that he was not a citizen. Undeterred, Mr. Chang reapplied for admission and was successful. In 1887, the New York Court of Common Pleas issued him a naturalization certificate, and the state legislature enacted a law permitting him to reapply to the bar. Upon his admission, Mr. Chang became the only regularly admitted Chinese lawyer in the United States. New York Times reported on Hong Yen Chang’s achievement twice (see here).

After his admittance to the New York state bar, Mr. Chang applied to the California bar. The California Supreme Court denied admission in the unanimous published decision. In re Hong Yen Chang, 84 Cal. 163 (1890). The Court held that Mr. Chang’s naturalization certificate was void and that, as a non-citizen, he was ineligible for bar membership. Mr. Chang otherwise satisfied the requirements for bar admission, the Court acknowledged. But because federal law barred Chinese immigrants from naturalizing, Mr. Chang could not become a citizen was thus ineligible to practice law in California.

Chang appealed the decision denying him a law license to practice in California—fighting all the way up to the California Supreme Court. But the court wouldn’t budge. Finally, in 2015, a group of law students from the UC Davis School of Law’s Asian Pacific American Law Students Association took up Chang’s cause. On March 16, 2015, the California Supreme Court decided unanimously to give a posthumous law license to Chang, resolving that it was “past time to acknowledge that the discriminatory exclusion of Chang from the State Bar of California was a grievous wrong.” In 2020, Columbia University named the Chinese Legal Studies Center after him, in honor of his perseverance and contribution.

He married Charlotte Ah Tye Chang (1873-1972)  in 1897. She was born in the United States and had two children with Hong Yen Chang—Ora Chang and Oliver Chang. She lost her American citizenship because of her marriage to Hong Yen Chang. American women lost their U.S. citizenship when they married foreign nationals, before the Cable Act of 1922. However, she was able to leave and enter the U.S. because Hong Yen Chang’s position as the Chinese Consul at Vancouver, B.C.

Between 1888 and 1895, Chang worked for the Chinese Consulate in San Francisco as an advisor. He then worked for the Yokohama Specie Bank of Japan in San Francisco. In 1907, Chang left San Francisco and returned to China. Chang became the Accountant-General to the Treasury's Shanghai branch. Around the same time, he was appointed to a chair at Nanjing Government University to teach international law and banking.

In 1908, Chang became a diplomat, participating first in a Special Mission to the United States, and then serving the Chinese Legation in Washing D.C. Between 1910 and 1913, he served as the Chinese Consul in Vancouver, British Columbia. The Chinese government awarded him a doctorate of law for his services. Hong Yen Chang held other prestigious positions, including Director of Chinese naval students at Berkeley, California, until his retirement in 1920.

He died on August 4, 1926, in Berkeley, California. His family donated Chang papers to Huntington Library of the United States and “they will provide researchers with insights into Chang’s life and his contributions to the Chinese community in the United States.”

Naturalizing A Chinaman: Hong Yen Chang's Struggles To Be Admitted To The Bar

A Chinese Lawyer: Hong Yen Chang And A Colored Student Admitted To The Bar 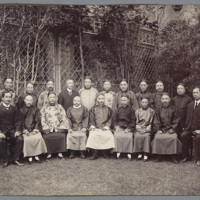 Hong Yen Chang, second row, far left, dressed in Western-style clothing and a bowler hat, at the time when he served as the accountant general to the Shanghai Bank treasury. The Huntington Library, Art Collections, and Botanical Gardens. 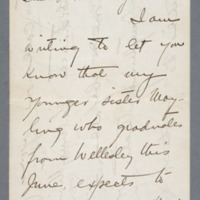 Letter from Soong Ching-ling (宋庆龄） to Charlotte Ah Tye Chang (Hong Yen Chang’s wife), March 14, 1917. Soong Ching-ling, who was educated in the United States, was the second wife of Sun Yat-sen, a leader of the 1911 revolution that established the Republic of China; she later went on to become vice president of China, under Mao Zedong, from 1949 to 1954. The Huntington Library, Art Collections, and Botanical Gardens.