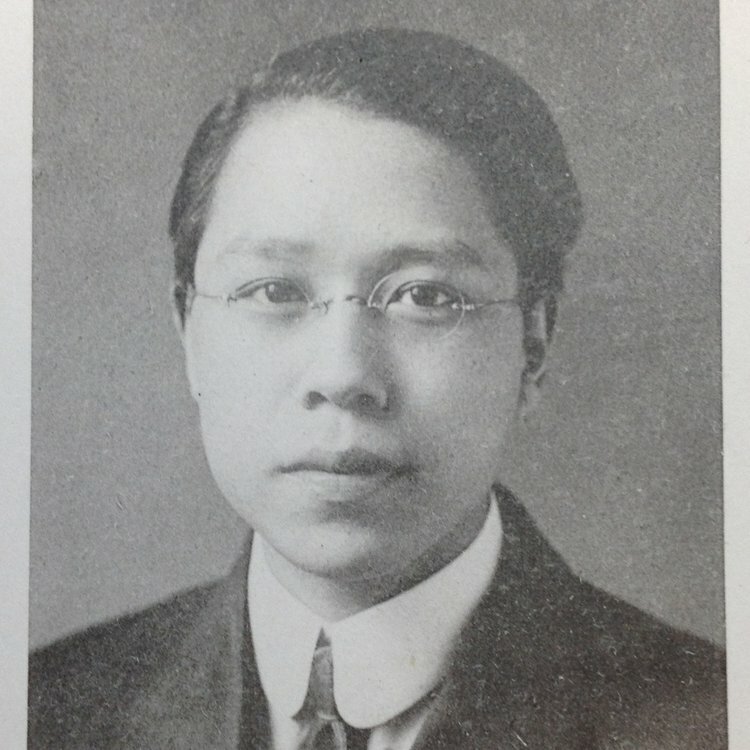 Fucheng Seetoo (1890-1954, Naval Architecture, Class of 1914), Situ Fuquan in Mandarin pinyin, came to MIT to study Course XIII, supported by a Chinese Navy scholarship. The son of Hwai Seetoo, Fucheng was a native of Guangdong, but born in Shanghai on Aug. 9, 1888. Educated at the Tongwen Guan in Shanghai, Seetoo came to the US in 1906 as part of a group of Chinese youths sent by the Chinese Government under the direction of Charles Tenney. Tenney placed Seetoo and two other students at Phillips Academy Andover, where they enrolled in the scientific course in fall 1906. Although he was a Chinese Government student, Seetoo was supported by family funds. Unfortunately, in May 1907, Tenney informed Andover that Seetoo's father, a merchant in the sugar trade, had lost his wealth in a typhoon, and was unable to continue supporting his son's overseas education. Tenney requested that Andover provide him with a scholarship and raised private funds to cover his room and board. Phillips Academy generously supported Seetoo as a scholarship student for a year, before he passed the examination to enter MIT. HT Shen helped Seetoo to obtain a Chinese Navy scholarship to support his education at MIT. Graduating in the Class of 1914, Seetoo wrote his thesis on the topic of Stability of a Battleship in Damaged Condition. Like Chen, Seetoo was a founding officer of the Chinese Students' Club and also a member of the Naval Architectural Society. While at MIT, Seetoo also studied violin at the New England Conservatory of Music and learned how to make violins from Boston violin-maker Walter Salon Goss. After returning to China, Seetoo not only became a famous Naval architect, but also a famous violin-maker and violinist, pioneering the use of the instrument for Cantonese music.

Professor May Bo CHING of the Department of Chinese and History at City University of Hong Kong provides this account of his place in music history:

Returning to China in 1915, Seetoo worked in the Jiangnan Shipyard in Shanghai. Living in the rising metropolis allowed him to participate actively in music activities organized by the Cantonese-dominated Chin Woo Athletic Association (Jingwu Tiyuhui) and the Shanghai Chinese Music Society (Shanghai Zhonghua Yinyue Hui). From 1918 through the mid-1920s Seetoo regularly played violin in both Western and Chinese music performances in schools and town halls. To express the unique character of Cantonese music, Seetoo used glissando strategically, and to some extent turned the violin into a “Chinese” instrument. Until now among many Cantonese musicians, violin is translated as “fanling” 梵鈴 rather than “xiao tiqin” 小提琴 to denote its “Cantonese character.”  Working with Lu Wencheng (1898-1981), another Cantonese musician active in Shanghai, Seetoo applied his knowledge of violin-making that he learnt from Boston violin-maker Walter Salon Goss to the modification of the Chinese two-stringed fiddle erhu. With repeated experiments they placed violin E strings instead of traditional silk strings on a slightly smaller sound-box, resulting in a brighter and lighter tone as compared to the erhu. This newly-invented instrument was called “metal-string fiddle” (gangxian qin 鋼線琴) in those days, and was not renamed “gaohu” 高胡 (high-pitched erhu) until the 1950s. Seetoo also made much effort to score Chinese music in five-line staff and Western music in traditional Chinese goche 工尺 staff, echoing the utopian vision of achieving “Great Unity” 大同 between Chinese and Western music prevalent among some Chinese intellectuals in the 1920s.