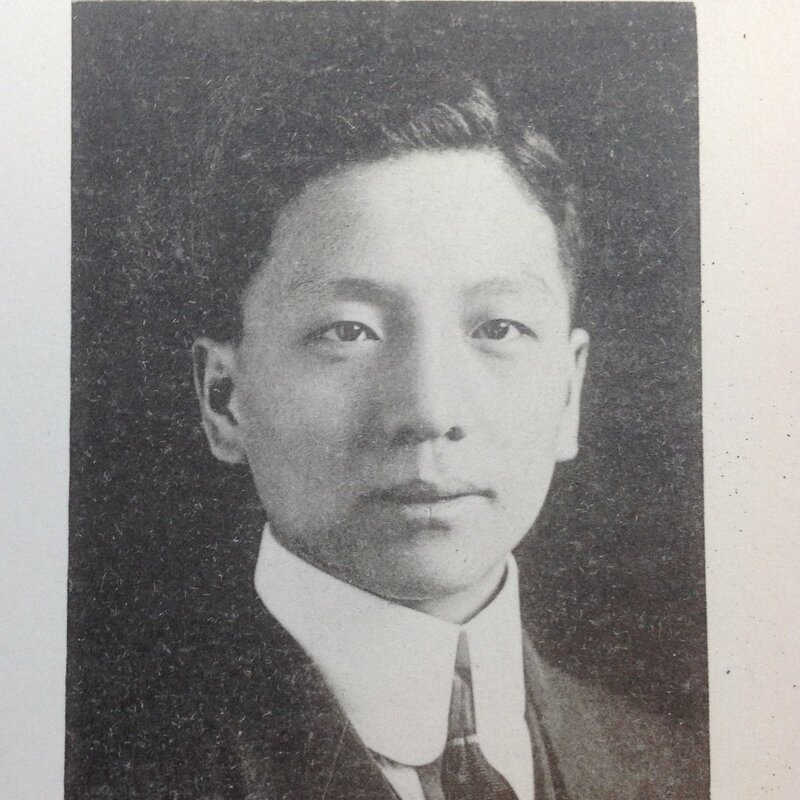 (1891-?) or Ye Fangzhe in Mandarin pinyin (also known as "Frank"), was born in Fuzhou, China on September 2, 1891, the son of Hain Yu Yeh, and resided in Shandong. A graduate of Yen Tai Naval Academy, Yeh came to the US with Sidney SY Chen in 1906, sailing together aboard the America Maru. Initially studying at the Waban School with Chen, Yeh later transferred to the Scientific Department at Phillips Academy at Andover (Class of 1910), though he left after June 1909 to enter MIT that fall. At MIT, Yeh was a member of the Cosmopolitan Club, the Chinese Students' Club, and the Naval Architectural Society. He was also a charter member of the FF Fraternity, the oldest Chinese fraternity in the US. Yeh graduated with the Class of 1914, earning a BS in Naval Architecture and Marine Engineering. Originally proposing a thesis on the topic of Yacht Design, Yeh ended up completing his thesis on An analysis of the Progressive Speed Trial of the Chinese Cruiser "Fei Hung." An active cultural ambassador, FT Yeh became especially renowned for his magic tricks, pantomimes, and musical performances at various student events. In the 1914 Tech Show, “A Royal Johnny,” Yeh played the part of Ziang, Valet to Prince Paul. Jasper Whiting invited Yeh to speak to the MIT alumni association about students from China in 1914. After returning to China, Yeh worked as a naval architect and became a professor at Wuhan University. (source: China Comes To MIT)