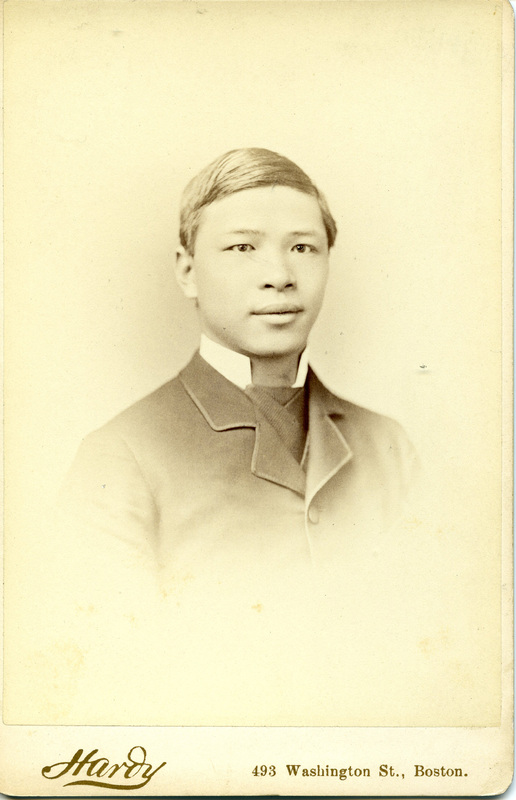 Career: navy, died in Battle of Fuzhou (1884) (also known as the Battle of the Pagoda Anchorage, Batter of Foochow)

Came to US with third detachment of the China Educational Mission in 1874 at the age of 13.

Seu Nam Yang was a native of Nanhai, Guangdong Province and a member of the third detachment of the China Educational Mission. He prepared at the Williston Seminary and Phillips Academy in Andover before matriculating at MIT in 1880. While at MIT, he lived together with Yau Foke SIK and Se Chung TYNG at 370 Columbus Avenue in Boston. After returning to China, he entered the Fuzhou Naval School. Yang was killed in action, with two other MIT classmates, during the "Battle of Pagoda Anchorage," serving aboard the Chinese flagship Yangwu (source: China Comes To MIT)