This archive—Chinese Students at Andover— is based on the thousands of letters, school reports, postcards, and financial records between Phillips Academy’s headmaster Alfred E. Stearns (1871-1949) and Chinese students, parents and others concerned with these students’ affairs. It is still developing to fill the gaps and omissions which do not center round Stearns. As a pioneer of China-U.S. educational exchange for more than one century, Phillips Academy Andover may be the largest collection in secondary education of material that records Asian American students from the period between the Chinese Exclusion Act of 1882 and 2000. This archive documents the rich and important transnational history of education that shaped Chinese modernity, the history of Sino-American relations, and the history of Asians and Asian Americans in the United States.

Hover over the chart to see numbers

“The United States, born out of a revolution for freedom, is a young country…but our constitution is the oldest continuing written constitution in the entire world. Chinese civilization…is one of the oldest cultures in the world. But as a modern nation, China is quite young. We can learn from each other.”

China and the United States have shared a long and intertwined history since the Old China Trade of 1784-1844. Early commerce between the Qing Dynasty and the United States began after the American independence from Britain. In 1784, the first American merchant ship, Empress of China, arrived in Canton. Thereafter, China and the U.S. built multiple ties and played an important role in each other’s nation-building process. 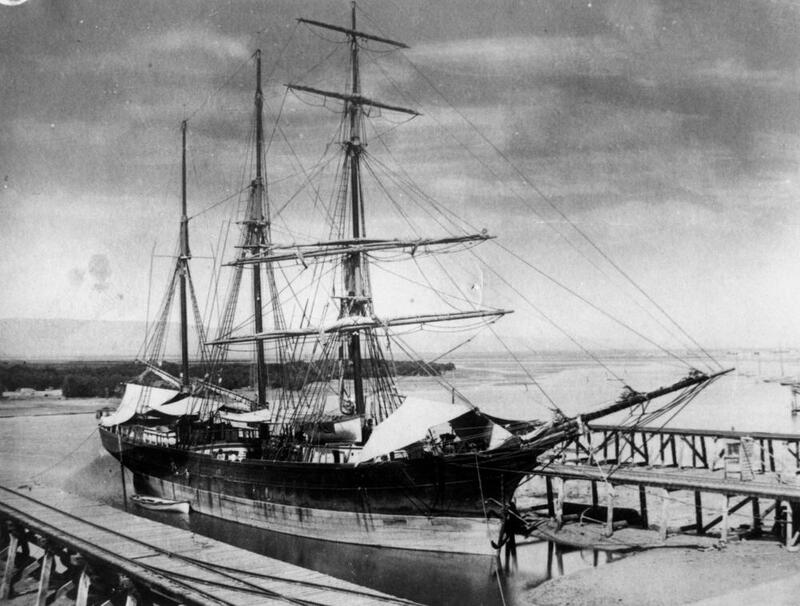 Today, China and the U.S. are each other’s largest trading partner. Until recently, however, trade was not an important factor in the two countries’ shared history. China trade in the nineteenth and most of the twentieth century ranged between one and three percent of American trade worldwide.[1] Instead, China and the U.S. worked together to modernize China. On the one hand, the internal politics of China and the U.S. played a role, but this quest for Chinese modernity went on regardless of politics. Except for the thirty years of disconnection in the twentieth century (1949-1979), China looked to the U.S. for education of her youth. From the Chinese Educational Mission (1872-1881) to the Boxer Indemnity Scholarship program(1909-1929), from Peking Union Medical College established by Rockefeller Foundation to thousands of Chinese students who went to the U.S. on private funds, the U.S. enthusiastically received and trained Chinese youth at the same time that the United States prohibited all immigration of Chinese laborers under the Chinese Exclusion Act (1882). Before the Chinese government stepped in with government programs such as the indemnity scholarship, many Christian missionaries from the United States and other Americans had worked to establish modern education in China. They established modern schools for both boys and girls, taught science, translated Western books and helped the Chinese government establish schools of foreign languages and technology. When it reopened to the world in 1979 and the economy took off, China became the largest exporter of U.S.-bound international students. History thus turned full circle. 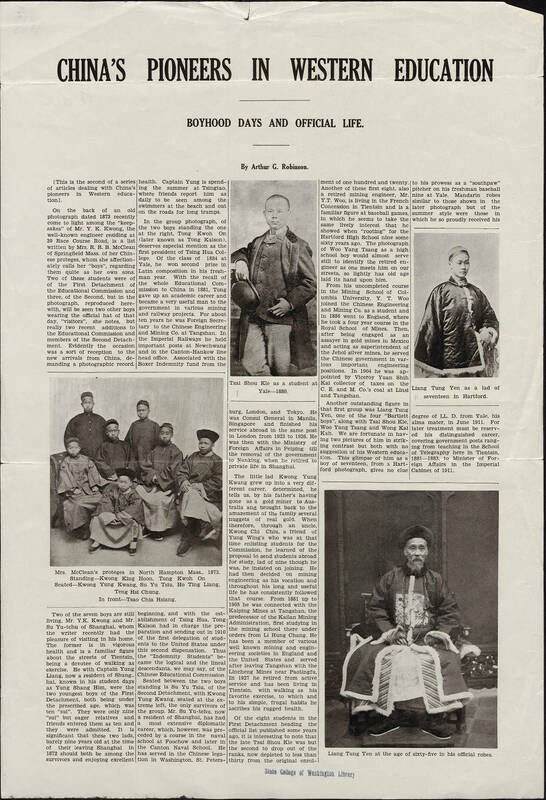 Phillips Academy Andover, as an old and prestigious university preparatory school, played an important role in the century-long Sino-U.S. educational and cultural exchange. Phillips Academy educated some of the first group of Chinese students in the U.S. Eleven students of Chinese Educational Mission attended Phillips Academy before returning to important positions in the Chinese military, technical, and scientific fields. In subsequent decades, Andover welcomed additional cohorts of Chinese students, both government and privately funded. In the midst of anti-Chinese politics in the U.S. during the Chinese Exclusion period (1882-1943), Phillips Academy provided generous support and education to Chinese students. Headmaster Alfred E. Stearns served as guardian to some one hundred students, in his words, “to continue to justify the faith that is placed in her [Phillips Academy].”[2] When China and the U.S. resumed their diplomatic relationship in 1979, Phillips Academy was one of the first U.S. schools to establish exchange programs with China. In 1980, Phillips Academy began the exchange with Harbin Institute of Technology, a leading technical university of China. The program ran until 1995. Thus, Phillips Academy Andover has been part of this long Sino-U.S. legacy of education and supported China’s century-long self-strengthening efforts.

China’s quest for modernity was intertwined with modern world history. Voluntarily or involuntarily, China chose modern education to strengthen itself against colonialism and imperialism and catch up with other developed nations. Before losing the first Opium War with Britain (1839-1842), China saw itself as the center of the earth and foreigners as troublemakers to the coastal defense. Therefore, it closed the country to the foreigners, leaving only one port open. Its educational system and the civil service exam to select government officials were heavily humanities oriented. The students memorized every sentence from classical books and Confucian teaching. Science and technology exams were non-existent. After repeatedly losing wars with European powers, China was forced to open ports and make various concessions. Humiliated by defeat, China decided to take Europeans seriously only and found it lacked personnel who knew foreign languages and technology.

Therefore, the government initiated a self-strengthening movement (1861-1895) to modernize its industries and military and train students of technology and foreign languages. Among these efforts, the government decided to send young boys abroad “to learn from foreigners and make China strong.”[3]