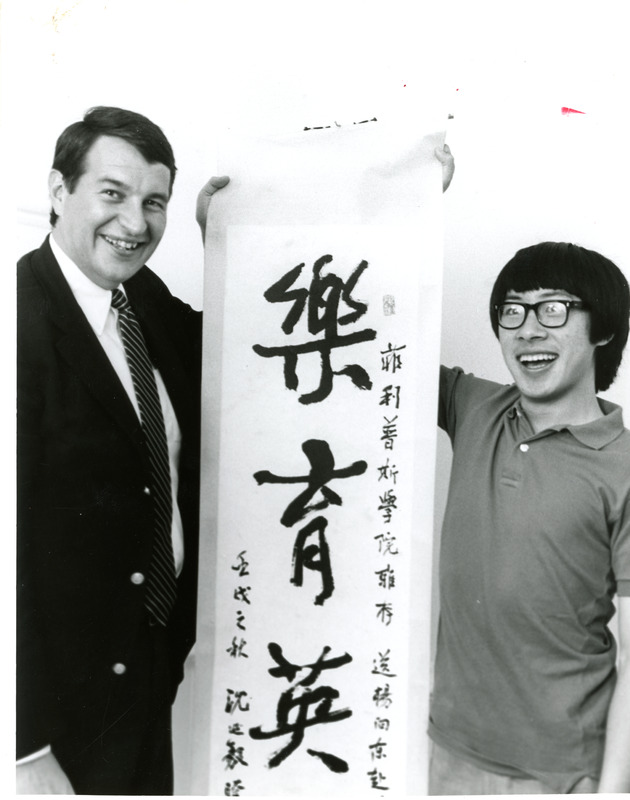 Since 1872, Phillips Academy has been a pioneer in receiving Chinese students (see student list here). Its ties with mainland China stopped from 1949 to 1979 when China and the U.S. severed their ties. Once the diplomatic relations resumed, Phillips Academy at Andover was one of the first educational institutions in the U.S. to establish academic programs with China. In 1980, Phillips Academy began an exchange with the Harbin Institute of Technology (HIT), a program that ran until 1995.

Motivated by the internationalization and diversification of PA students, former P. A. Director of Admission Josh Miner set out to revive the relationship between China and Phillips Academy in the 1970s with the enthusiastic support of Headmaster Ted Sizer and Headmaster Don McNemar. Josh recalls: “People kept pulling my chain, saying: How come you don’t have any Chinese exchange students? I would give them the fast shuffle . . . then Nixon and [Phillips Academy alumnus George H.W.]Bush went to China.”

The breakthrough in relations with China in 1971-1972 piqued Josh’s interest in the possibility of a Chinese exchange, but throughout the 1970s conditions were not yet ripe. Josh contacted and won the support of George H.W. Bush, Phillips Academy class of 1942 and the U.S. Ambassador to the United Nations in 1971-1972, but this initial attempt to send a contingent of Chinese students to Andover was unsuccessful.

In the early 1980s, different historical conditions and a chance encounter made possible what had earlier been impossible. Miner came into contact with Washington lawyer and businessman Bardyl Tirana, Phillips Academy class of 1955, who provided much of the funding, and California engineer and businessman Alexander Tseng, who had been trading hydroelectric equipment with Chinese tech institutions, among them HIT. Six weeks later, in the spring of 1980, three applications, written in Chinese, were received in the Admission Office at Phillips Academy. 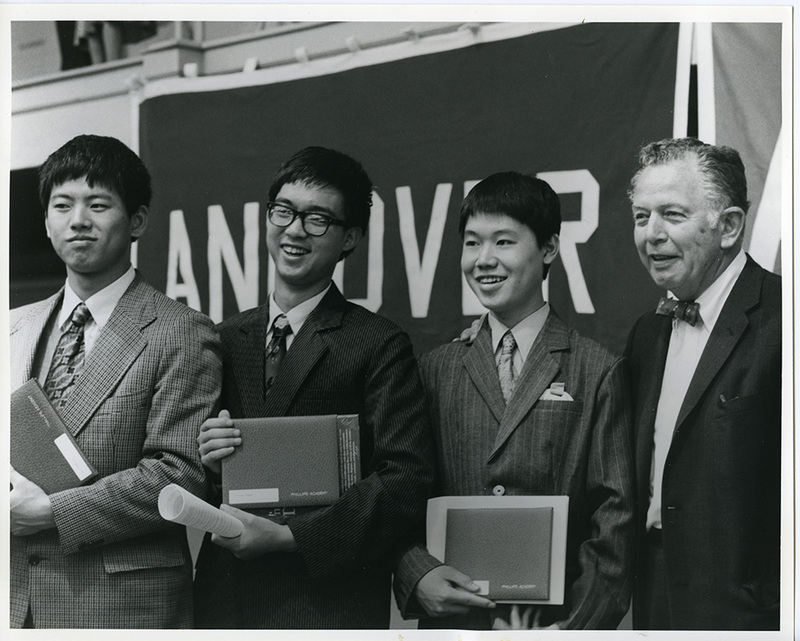 The purpose of the program has all along been couched in somewhat different terms from the various sides. For Josh Miner, the internationalization of Andover’s curriculum has certainly been an important raison d’etre. Bardyl Tirana wrote: “We believe that the effort will be the beginning of permanent exchanges, which will have a material benefit to both the PRC and the US.” H.I.T.’s Executive Vice President Li Jiabao expressed the hope that “these young students will play an important role in strengthening friendship between the Harbin Institute of Technology and U.S. educational institutions.”

In reality, the program fulfilled all the above and more. No one could have foreseen the implications of the exchange on the history of the school, on HIT-Andover relations, and the lives and histories of the student participants.